Sometimes when your refrigerator is not cooling, it could be as a result of frost build-up on the wall at the back inside the freezer. It is important to understand how you can go about troubleshooting and fixing the problem. To do that you will need to understand the various components of the defrost system that are responsible for making it function properly. These include the electronic control board, the defrost heater, the thermistor, and the bi-metal thermostat. You need to understand how each one of these components works in order to be able to determine whenever one of them is responsible for the problem within the defrost system that makes the refrigerator not to cool. 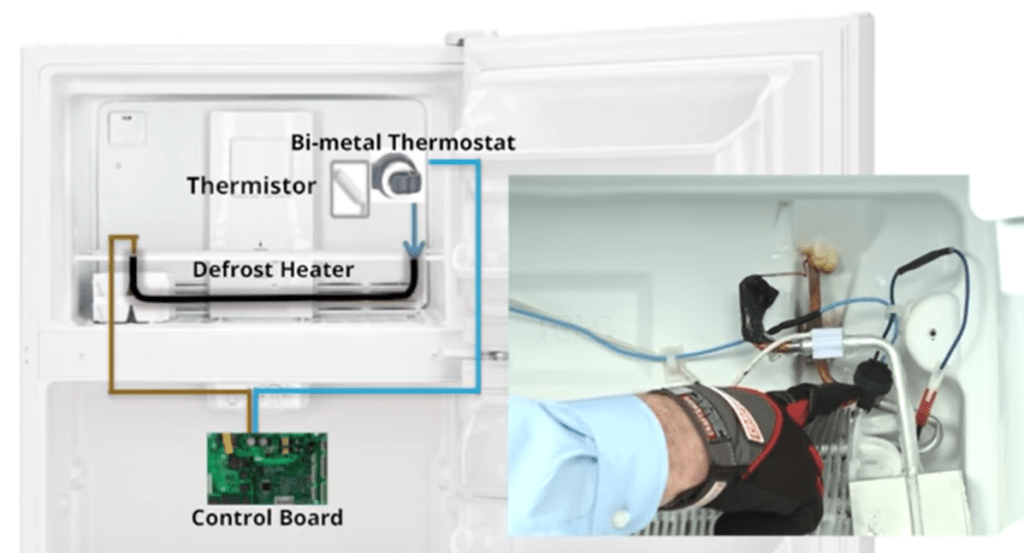 The main components of the defrost system and possible problems

To test the defrost heater, first switch into a forced defrost mode. You can refer to the technical sheet of your appliance to know how to do this. You can find it taped at the back of the appliance or behind the bottom front grill. To exit the forced defrost mode, you can just unplug the appliance. While in the forced defrost mode if the heater does not turn on, you will need to check its continuity using its circuit wire terminals from inside the electronic control board which you will have to remove. Do the heater continuity test while the appliance is unplugged, but you will first need to make sure the temperature is below 46 degrees Fahrenheit. If while in the forced mode the heater melts the frost, it means it is working as it should, so what you need to check instead is the resistance of the thermistor.

Problem with the thermistor or the control board

Here Are Some Of The Areas We Service In Broward County:

How To Troubleshoot When Electric Dryer Won't Heat
Refrigerator And Freezer Not Cold Enough
Tags: